Hydra-Capsule have recently completed a major synchronised bridge jacking and grout bags works for the viaduct half joint strengthening. The project involved working with the Highway Agency and Network Rail hand-in-hand due to the unusual bridge structures. 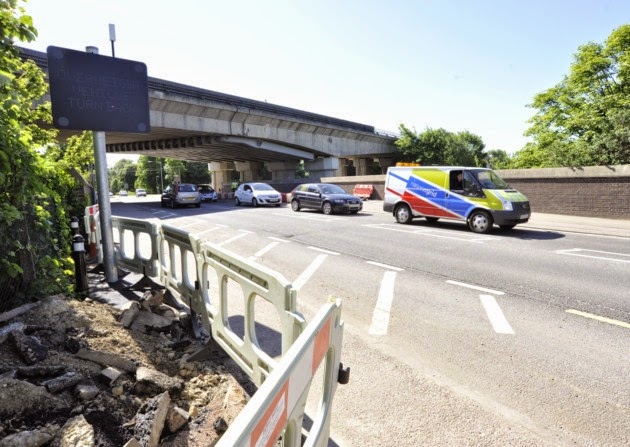 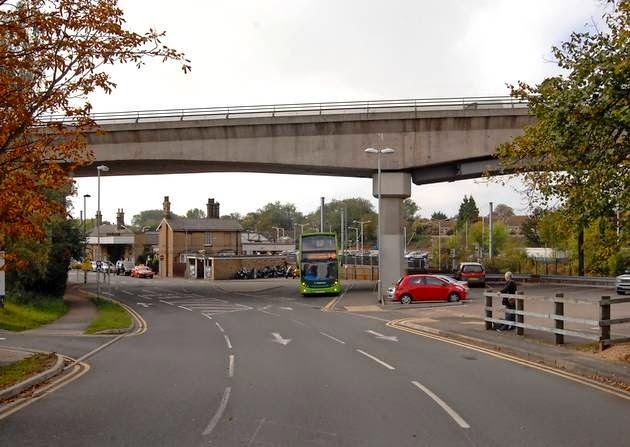 Hydra-Capsule were appointed to design and manufacture 84 number bridge jacking 50 tons capacity screwed ram locking collar hydraulic jacks. All were manufactured in the United Kingdom and to EN BS ISO 9001:2008. In additional, these jacks were interlinked and energised by Hydra Capsule’s synchronised hydraulic jacking system. Which allowed all jacks to be individually controlled by our own computerised system, using precise load and movement displacement (LVDTs) real time monitoring units at each installed strengthening beam position. 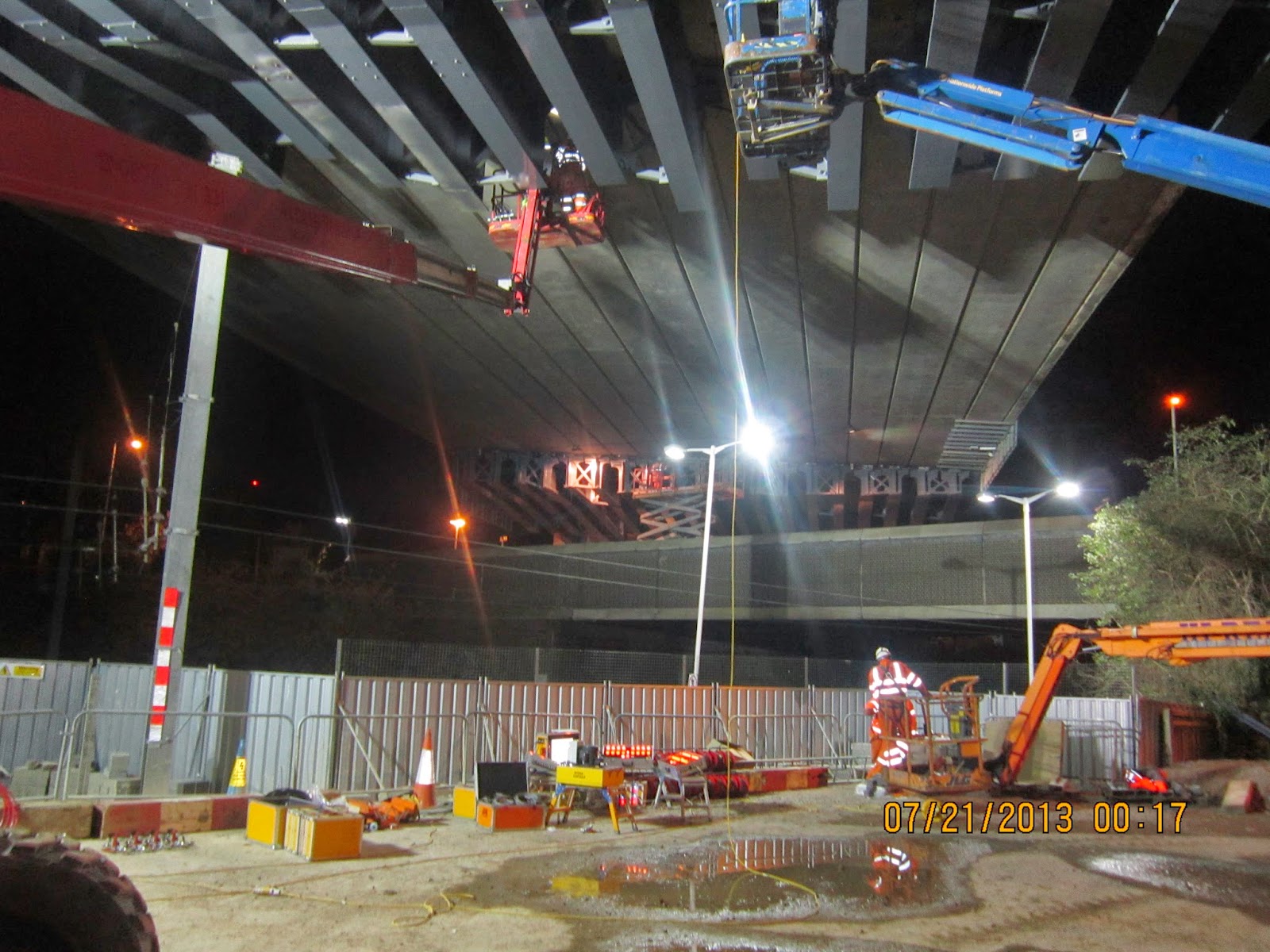 Once the defined loads and displacement was achieved, all the hydraulic jacks were mechanically “locked-off” by the screw-ram locking collar.

Once completed, Hydra Capsule installed custom-made grout bags which were inserted at each bearing location and inflated by our grout pump, to wedge the gap. Once the grout bags had cured and reached the specification compressive strength, the hydraulic jacks were energised, locking collars untightened and all jacks loads were de-energised under
controlled pumping. Which transfused the loads into the newly installed elastomeric bearings.
Posted by Unknown at 08:07 No comments:

Hydra-Capsule was established in 1987, and have gradually gained a reputation for innovative solutions, quality and safety for the heavy lifting, sliding, hydraulic jacking and monitoring within the civil and construction industry.  Our services have gradually developed from over 25 years of practical experience, such as, hydraulic jacking, consisting of hydraulic cylinders, flat jacks, heavy lifting and sliding to temporary propping and complex synchronised units and remote structural monitoring.

Hydra-Capsule operate a complete contractual service, which is fully in-house, from manufacturing of hydraulic cylinders and flat jacks, to bespoke jacking products and monitoring systems.

Our contractual services (www.hydra-capsule.com) are:

We offer complete products and services throughout the UK, Ireland and Europe with our own competent jacking Engineers for installation works for flat jacking to jacking and installation of temporary propping systems.

In addition, we are able to offer and supply a comprehensive range of pumping and pressurising equipment which includes hoses, control manifolds, hydraulic accessories and pumps ranging from hand, electric and synchronised pump units.

As part of a major construction repair and remedial project. Hydra Capsule were awarded the contract to design and install a temporary hydraulic jacking system with an inclusion of permanent flat jacks and a structural monitoring throughout the jacking operations. For lifting a total of 7 number turbines and levelling in accordance to the design / build specification. 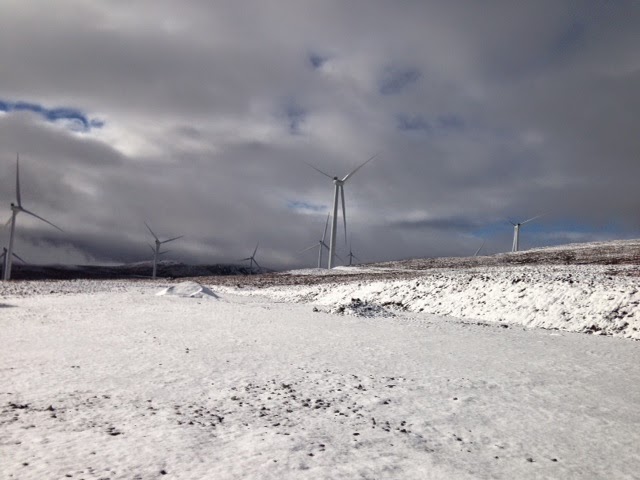 The turbines ranged from 245 tonnes to 350 tonnes and consisted of a range of different jacks to suit the turbine restraints. Each turbine had a tolerance of 6mm tolerance accuracy. Ranging between 30 and 80 number jacks per turbine. 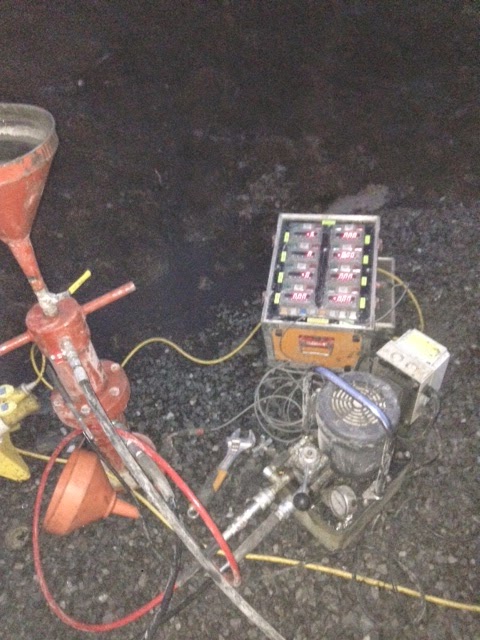 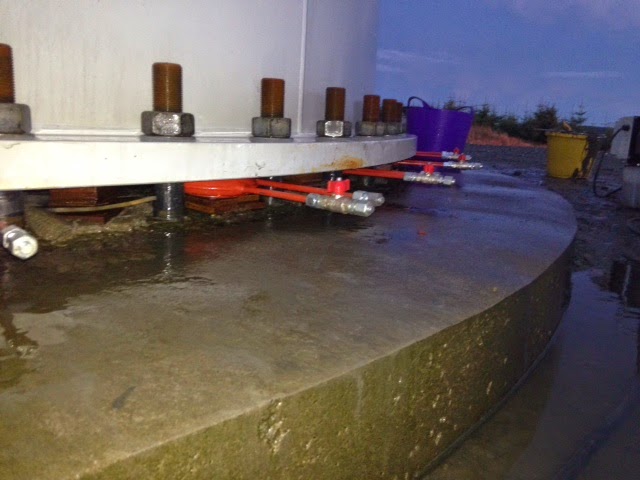 Due to each turbine being installed and "live" Hydra-Capsule needed to use different jacking system(s) to suit the applicable turbine due to weight, wind and height (up to 160 metres) restraints.
All hydraulic and flat jacks were interlinked as sets to allow a synchronised lifting operation. All jacks be electronically controlled to a central control unit and movement was monitoring using vertical LVDTs sensors and integration of a digital tilt sensor to measure the x and y axis. 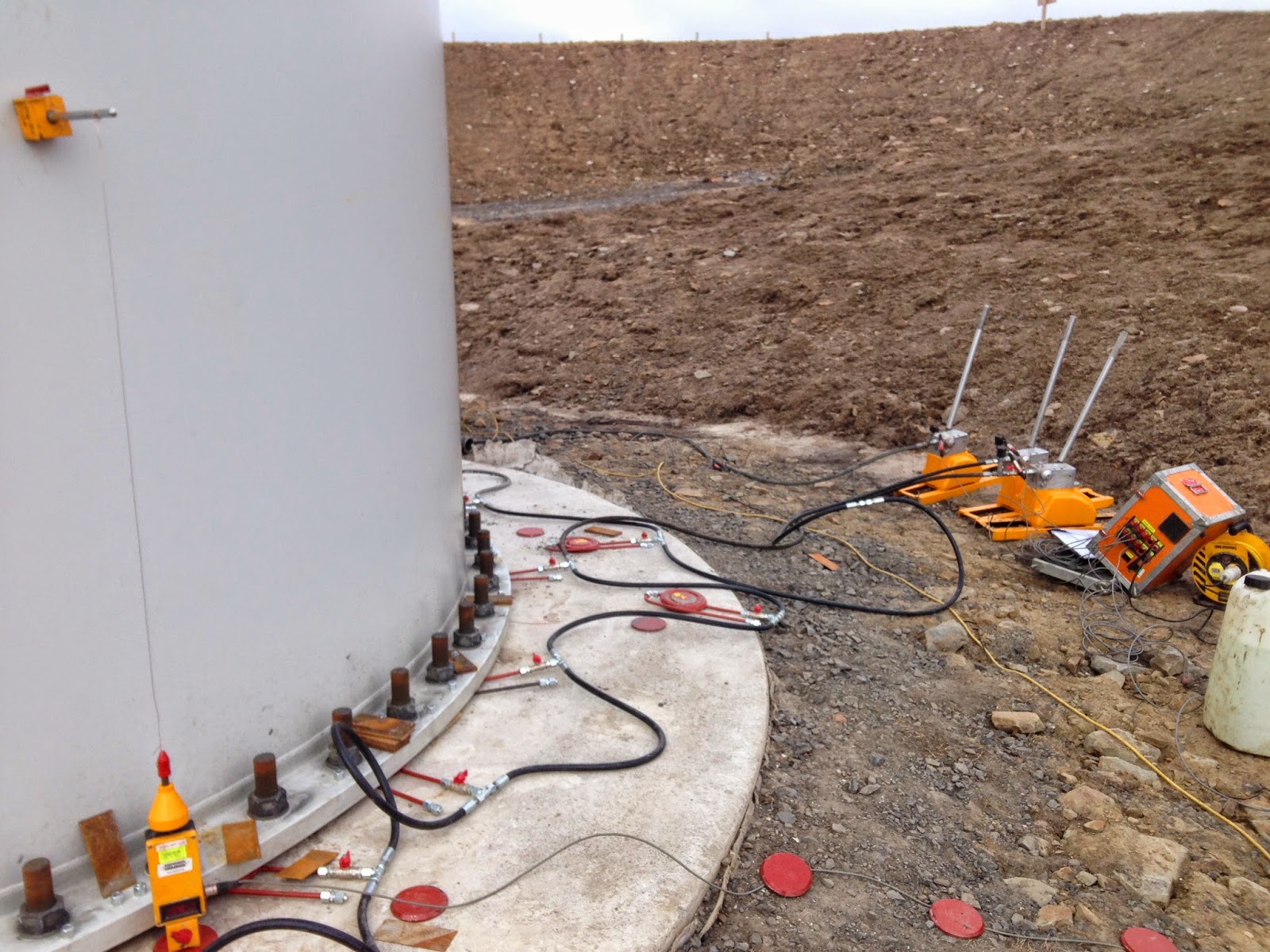 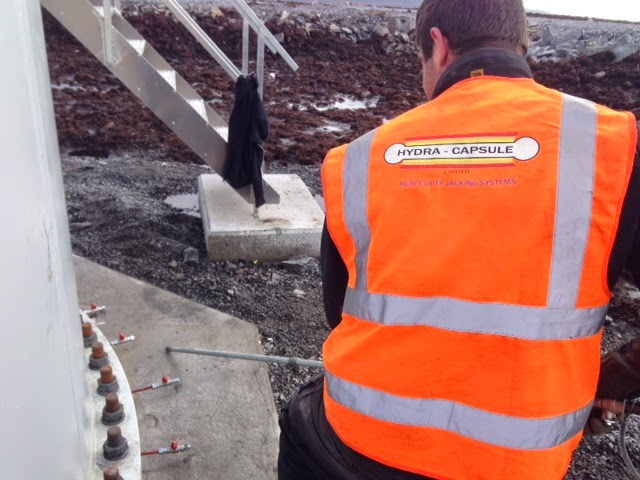 In addition, Hydra Capsule were contracted to carry out flat jack(s) grout transfusion operations for permanent installation. The works were completed under "live conditions".
Monitoring movement, pressure / load continuously, With accuracy of 0.25mm, similar to bridge jacking applications.
Once the works were completed, the new permanent concrete plinth was poured to support the turbine for the next 15 to 20 years.